ALL Citizens should have the same opportunity to vote.

Our country’s democracy was founded on an unequal access to the vote. Yet, over time, though, the promise of democracy has been expanded to include far more than just white, landholding men. We’ve made extraordinary progress. But there has been a disturbing trend in recent years to roll back this democratic progress. Instead of pushing our democracy forward, politicians across the country are now engaging in voter suppression.

Much of it has been enabled by a 2013 Supreme Court decision, Shelby County v. Holder, that gutted the 1965 Voting Rights Act—the most important piece of voting rights legislation of the 20th century.

Since then, states across the country have passed laws that grant unequal access to the polls, often discriminating against the most vulnerable in society. One of the most popular modes of voter suppression has been voter ID laws—laws that require voters to present some form of identification prior to voting. Now 34 states have voter ID laws. While voter ID requirements might seem logical, they accomplish little and, overall, decrease equality of representation in the electorate.

Studies have shown that voters in minority groups typically have less access to photo IDs and a 2017 study from researchers at the University of California San Diego found that “strict photo identification laws have a differentially negative impact on the turnout of Hispanics, Blacks, and mixed-race Americans in primaries and general elections.”

These IDs are a solution to a non-existent problem: voter fraud. Study after study has shown there is no evidence of widespread in person voter fraud, yet, voter ID laws are implemented, despite known discriminatory effects, to “eradicate” it.

Other voter suppression tactics include rolling back early voting periods, making it more difficult to register voters, and even reducing the number of polling places.

According to an MIT study, more than 16-million Americans in the last election had their votes suppressed.

Equal Citizens actively supports any and all efforts to fight against voter suppression—unnecessarily stringent voter ID laws, reducing the number of polling places, reducing early voting periods, or rolling back other democracy reforms and attempts to restore the Voting Rights Act—an effort that would require nothing more than a simple act of Congress updating the preclearance requirement in Section IV of the Act. This would reverse the damage of Shelby County v. Holder. The Voting Rights Advancement Act of 2015 is a good model for such an effort.

Today, one of the largest deterrents to voting is our voter registration system. Evidence suggests it discriminates strongly against vulnerable communities. In fact, the likelihood of registering is correlated to income. So unless we figure out how to get more people registered, our political process—and policy—will not reflect the American people’s will.

One of the best ways to improve the registration process is through automatic voter registration (AVR). This wonky sounding reform is actually quite simple. In a state with AVR, anytime eligible voters interact with an eligible government agency, such as the Department of Motor Vehicles, the voter is automatically registered (unless he or she opts-out).

In 2015, Oregon became the first state to implement AVR and, in just one year of the program, AVR registered approximately 275,000 Oregonians and of those almost 100,000 voted for the first time. In 2016, the state had the largest increase in turnout of any state in the country. And if that wasn’t enough, the program diversified the electorate, making it more representative of Oregon’s demographics.

Since Oregon passed the law in 2015, eleven states (and DC) states have followed suit, with more likely on the way. According to Demos, if every state were to adopt automatic voter registration, twenty-seven million Americans would be added to the voter rolls.

Increases the numbers of registered voters

Same day registration (SDR) is an essential fail-safe for voters who want to vote but might not have been captured in the AVR system (or decided last minute that they wanted to vote). SDR, just like the name implies, allows eligible voters to register or update their registration at their polling location on Election Day (or during early voting). This ensures no one gets turned away at the polls if they make an effort to vote. As of right now, fifteen states, and Washington, DC, have implemented same-day voter registration for Election Day. And the results speak for themselves. One report shows states with SDR have over 10 percent higher voter turnout.

SDR isn’t just about non-registered voters. Oftentimes people move and forget to reregister with their new address. SDR allows these voters to have a voice in our elections despite this harmless mistake. (In the current system, these voters would have to fill out a provisional ballot, which is often seen as unreliable.)

It will be young people who lead us into the future. But youth are notorious for not voting. In 2016, for example, only 43 percent of those under 25 voted, well below the national average. One way to increase this percentage is to allow sixteen and seventeen year olds to preregister to vote so they are ready vote when they are allowed to do so. Anyone who has ever registered 18 year olds to vote knows that eighteen is a terrible age to enter into the voter registration labyrinth—especially for those that go to college. There are confusions over where to register and how to register while away from home. Preregistration, a seemingly minor reform, would remove these obstacles and integrate young people into the political system while they are still under the guardianship of their parents.

California has taken their preregistration system even further, integrating it into their new AVR program. That means when 16 year olds get their driver’s license they are automatically registered to vote. Thus far over 100,000 teens have preregistered in California. Estimates suggest the number could grow to 200,000 per year as the preregistration program gets fully integrated into AVR.

Capturing youth in the political process earlier in their lives is imperative. Research shows once someone votes for the first time, they are more likely to do so again.

Eliminating barriers to the registration process is imperative, but so too is making sure everyone can actually cast a ballot. And a big hindrances to casting a ballot is lack of time. After all, Election Day takes place in the middle of the work week.

Far from some sacred tradition, voting on Tuesday is a vestige of our agrarian history. Tuesdays were just the most convenient day for people to vote.

But in today’s modern world, holding Election Day on a Tuesday is as absurd as it is regressive—for it makes our elections inaccessible to those who have to work multiple jobs or take care of children, and it can create an unnecessary bottleneck at the polls before and after work hours. Long lines, which disproportionately affects communities of color, deter voting.

Making Election Day a holiday would give voters the freedom to vote throughout the day, increasing accessibility. And if another national holiday is too hard to swallow, an alternative, suggested by political scholars Thomas Mann and Norman Ornstein, is to create a twenty-four-hour voting period from noon Saturday to noon Sunday.

There are concerns that retail, restaurant, and hospital workers would be adversely affected by making Election Day a holiday. But any potential pitfalls would be mitigated with a generous and accessible early voting period in every state.

In states across the country, felons—at some point during their time in the criminal justice system—are deprived of the right to vote. Ten states, though, may never give that right back, even after the individual has served his or her time.

These felon disenfranchisement laws are a legacy of Jim Crow. Politicians in the post-Reconstruction era used these laws to keep African Americans from the polls. While the right to vote could not be denied based on skin color (the 15th Amendment, after all, prohibited that), with “due process” it could.

And the language used during the passed of these laws show clear intent that is downright disturbing. Carter Glass, a Virginia state senator at the turn of the 20th century, for example, explained these laws would “eliminate the darkey as a political factor in this State in less than five years, so that in no single county of the Commonwealth will there be the least concern felt for the complete supremacy of the white race in the affairs of government.”

Yes, the legacy of Jim Crow lives on and currently prevents 2.5 percent of the voting-age population from voting, many of whom have already served their time.

Most of these laws are concentrated in former Confederate states. But of all of them, Florida is the worst. There, approximately 1.6 million people cannot vote—three thousand times the vote margin that decided the 2000 election in the state.

The solution here is simple: everyone deserves a second chance. One does not lose citizenship during incarceration; as such, one should not lose the right to vote. Equal Citizens endorses all efforts to re-enfranchise felons.

Beyond increased democratic participation, it should be noted that returning the right to vote to felon greatly reduces recidivism rates. Ending these Jim Crow laws are a win-win for everyone.

Find out whether your state has felon disenfranchisement laws here.

Explore our other issues. 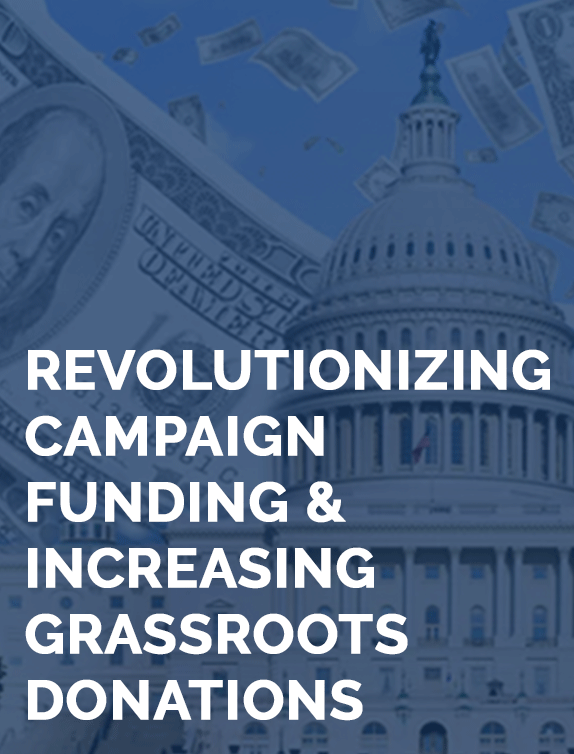 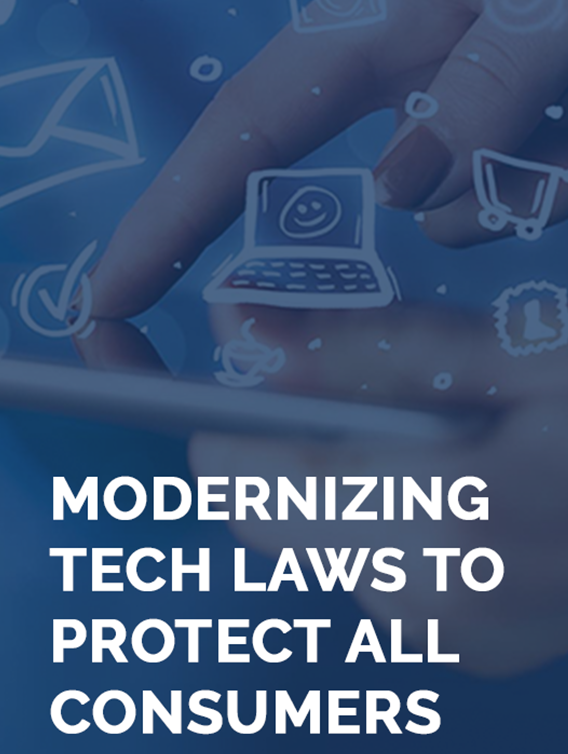 Our Mission
Our Board
Careers/Internships
Transparency

Blog
In the news
Press
Videos