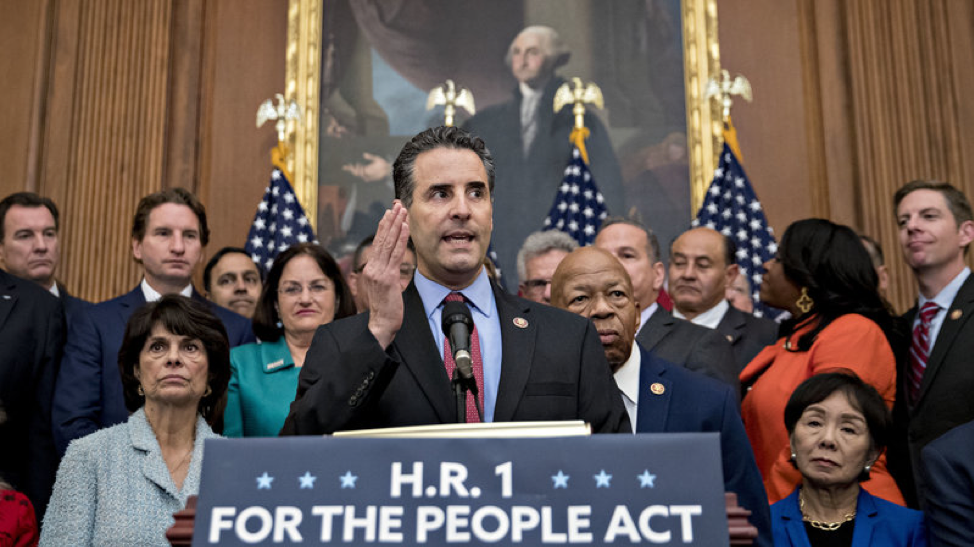 Ok, I’m late. This is the 15th of the month email, sent to you on the 18th of this month. But I wanted to wait till I could send you one link with one important (non-fundraising) ask. So I’ll keep this short, while asking you kindly to help us spread the most important message that Equal Citizens was founded to spread.

Fix(ing) Democracy First: As most of you know, in the 2016 cycle, I tried to become a candidate in the Democratic primary pressing fundamental reform first. Lots of stuff worked together to keep me out of the early debates — and I take personal responsibility for the most important — but the central message of my campaign was “Fix Democracy First.” I had proposed a package of reform — public funding of congressional elections, gerrymandering reform, and an equal freedom to vote — and I had insisted that Congress needed to take up those reforms, first.

These ideas of course were not mine alone. Over the past 5 years, others too have come to see that there’s not just a single problem with American democracy, but there are many. And that what we needed was not a simple tweak, but fundamental reform.

Nancy Pelosi has now taken up this fight. H.R. 1 is an EXTRAORDINARY package of fundamental reform — public funding for congressional elections, gerrymandering reform, ethics reform, automatic voter registration, and the restoration of the Voting Rights Act — that, as the name suggests, she will take up first. Thus, the Democrats have now said as clearly as they could possibly say — we must fix Congress, and we must fix Congress first.

Here’s the ask: I have an op-ed in USA Today that describes this historic bill and why it is so critical. It also presses the obvious point — that reform needs a President. This is the central message of everything we are building for, so that 2020 will have committed reformers competing to become the next president.

Can you please help us spread the word by sharing the op-ed? You can click here to tweet it or share it on Facebook. The more who share it, the higher the chance that it will get published in the print edition as well.

Slow Democracy: You likely have heard of the Slow Food Movement. I’ve become a big fan of the Slow Democracy Movement. In the world of Twitter, YouTube and Facebook, we need to balance short attention media with something more. Podcasts are an important balance. Last week, I had the incredible pleasure of spending 2.5 hours talking through our issues with Joe Rogan. You can watch/listen here.

Our cases: Progress. In the challenge to “winner-take-all” in the Electoral College, we will have our brief filed in the 9th Circuit next month. We’ll have a brief in the 1st Circuit a couple months after that. Justice is slow, but I am optimistic.

Our hope: It has been an exciting and hopeful year — so much so that Joe Rogan actually accused me of being optimistic. That’s a first for me. That’s hopeful for us. And so, optimistically, from all of us at Equal Citizens, Happy Holidays and Merry Christmas. I am endlessly grateful to you for your support and to the amazing staff who works with me — Phoebe Wong, Jason Harrow, Adam Eichen, Blair Fitzgibbon, John Stewart, Tom Carmona, and Chris Bucchere — to make our work possible. Celebrate with love — for family, friends and country. We’ll see you in the new year.