In the matter of:

The State does not meaningfully dispute this original purpose. Nor could it: as the Supreme Court said over a century ago, “it was supposed [by the Framers] that the electors would exercise a reasonable independence and fair judgment in the selection of the Chief Executive.” McPherson v. Blacker, 146 U.S. 1, 36 (1892). No constitutional amendment has altered that freedom. Nor has any Supreme Court opinion. It therefore still exists. 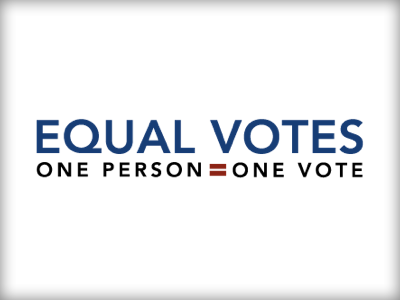 In a Democracy, All Votes Should Count Equally

In our democracy, when voting for the president, they do not

Because of the winner-take-all allocation of electoral votes, if you don’t vote for the candidate who wins your state, your vote counts for nothing. That violates the Constitution’s “one person, one vote” principle. Lawrence Lessig and an all-star legal team is filing a case in court to challenge this system. Join this fight for citizen equality.

Equal Citizens is a non-profit organization dedicated to reforms that will achieve citizen equality. We launch campaigns that will end the corruption of our representative democracy by restoring the core promise of equality.

This work is licensed under a Creative Commons Attribution 4.0 International License