OUR FIGHT TO FIX THE ELECTORAL COLLEGE

ON THIS PAGE:    LEGAL ARGUMENT    WINNER TAKE ALL IS UNFAIR    MORE ABOUT THE CASE    TAKE ACTION

WINNER TAKE ALL IS UNFAIR

MORE ABOUT THE CASE

The president is elected by the Electoral College. In almost every state, if you don’t vote for the candidate who wins your state, your vote counts for nothing in the Electoral College. We’re challenging this unequal, “winner take all” system under both the First Amendment to our Constitution and the Equal Protection Clause of the Fourteenth Amendment.

The winner take all system for allocating of electoral college votes is not in the Constitution. It was adopted initially by states to give themselves more power in the presidential election. Yet once (practically) all states had adopted it, it no longer amplified the power of any particular state. All it does nationally is to assure that the President does not get elected by all the people.

We believe this system violates our amended Constitution. The First Amendment says that a government can’t rig the system against one political view or another. The Equal Protection Clause of the 14th Amendment guarantees that all of us, and all of our votes, must be treated equally under the law. Winner-take-all breaks both guarantees. Over 52 million votes were ignored in the 2016 election because of winner-take-all.

It is time for the Supreme Court to end this. The Constitution, through the Electoral College, creates some inherent inequality. Yet that is no justification for allowing the states to create even more—especially when the consequence of that inequality is to systematically skew the focus of presidential campaigns.There is no good reason for this inequality. There is no democratic justification for it. It has made our presidential elections the least democratic of all our elections.

WHY THE WINNER-TAKE-ALL SYSTEM IS UNFAIR

At the core of democracy lies a simple principle—that all votes should count equally. Whether you’re white or black, rich or poor, from Rapid City, SD or Cedar Rapids, IA, your vote should count the same as the vote of anyone else. “One person, one vote!” This principle is violated by the way we elect our president.

Because of the winner-take-all system of allocating Electoral College votes, the only votes that count are those for the person who wins the state in which they were cast. In 2016, this resulted in over 52 million votes being ignored in the presidential election – that is hardly being counted equally.

All but two states (Maine & Nebraska) assign all their Electoral College votes to the winner of the popular vote in that state—regardless of the margin of victory. For example, in the last election:

Hillary Clinton beat Donald Trump by just 45,000 votes in Minnesota, winning 46.4% to 44.9%. Yet she got 100% of Minnesota’s 10 Electoral College votes, while Trump got zero. In Michigan, Trump beat Clinton by just 10,000 votes, but he got every single one of their 16 Electoral College votes, while she got zero. This is the consequence of winner-take-all: the votes for president of millions of U.S. citizens get discarded, simply because they are not in the majority in a particular state.

States originally adopted winner-take-all because it amplified the power of their votes. But once (practically) every other state had embraced winner-take-all, that effect was nullified, and presidential campaigns shifted their focus. Under winner-take-all, the only states in which it makes any sense for a presidential candidate to campaign are “battleground states”— states in which the popular vote can be expected to be so close that one side has a real chance to beat the other.

The consequence of this concentration for our democracy is profound. To get elected president, candidates must persuade not a majority of American voters, but a majority of voters in only 14 states.

Voters in battleground states tend to be whiter and older than Americans generally, so presidential platforms are skewed towards those populations. The issues that matter to younger Americans, and to people of color, are thus largely invisible (or hidden) in battleground campaigns. Winner-take-all in effect outsources the selection of the president to a fraction of America’s voters (35% in 2016)—a fraction that does not in any sense represent the majority of America.

WHY THE WINNER-TAKE-ALL SYSTEM IS UNFAIR

LEARN MORE ABOUT THE CASE

How will the lawsuit work?

We filed lawsuits in federal courts on behalf of real voters perpetually disenfranchised by the winner-take-all system. We have identified voters in four safe states who believe they have been denied representation in presidential elections for decades because of this system. The goal is to have the Supreme Court rule on winner-take-all in time for the 2020 presidential election.

The 14th Amendment to the Constitution establishes a principle of equality that has been applied to systems that affect the weight of a citizen’s vote. This is the principle of “one person, one vote.” Roughly speaking, that principle requires that governments weigh the vote of citizens as equally as possible. As much as possible, my vote should be worth the same as your vote. By ignoring the votes of anyone who did not vote for the winner of the popular vote in a specific state, the way we elect our president currently violates that basic, constitutionally protected right.

What's happened in the case so far?

On February 21, 2018, a coalition of law firms led by Boies Schiller Flexner LLP coordinated the filing of four lawsuits in four states on behalf of a diverse group of Democrats and Republicans whose votes for President don’t matter in the general election under the winner-take-all system.
We are filing suit against officials in California, a solid blue state with 55 electoral votes, on behalf of Republicans who say their votes for President are being discarded when California predictably nominates a slate of all Democratic electors. The plaintiffs in California are comedian and actor Paul Rodriguez, Republican State Assemblyman representing the 76th District, Rocky Chavez (both are Republicans who voted for Donald Trump in 2016), and California League Of United Latin American Citizens (LULAC).

We are filing suit against officials in Texas, a solid red state with 38 electoral votes, on behalf of Democrats who say their votes for President are being discarded when Texas predictably nominates a slate of all Republican electors. We are also claiming in Texas that the winner-take-all system violates the Voting Rights Act, because it fails to give meaningful effect to the preferences of Latino and African-American voters, whose votes have historically been diluted in Texas. The plaintiffs in Texas are the League Of United Latin American Citizens (LULAC), Rev. Joseph C. Parker, Jr. of Austin, former president of LULAC Hector Flores of Duncanville, Mary Ramos of Houston, Lupe Torres of San Antonio, and Ray Velarde of El Paso. They represent Latino and African-American Democratic voters residing in Texas.

We are filing suit against officials in Massachusetts, a solid blue state with 11 electoral votes, on behalf of Republicans who say their votes for President are being discarded when Massachusetts predictably nominates a slate of all Democratic electors. The plaintiffs in Massachusetts are former Republican Governor William Weld, R.J. Lyman, and Robert Capodilupo.

We filed a suit against officials in South Carolina, a solid red state with 9 electoral votes, on behalf of Democrats whose votes for President are being discarded when South Carolina predictably nominates a slate of all Republican electors. We are also claiming that the winner-take-all system in South Carolina violates the Voting Rights Act, because it fails to give meaningful effect to the preferences of African-American voters, whose votes have historically been diluted in South Carolina. The plaintiffs in South Carolina are Cory C. Alpert of Columbia, Benjamin Horne of Greenville, and Charlette Plummer-Wooley of North Augusta.

Would winning this case threaten the National Popular Vote project?

Absolutely not. The essence of our case is the principle that votes should be counted equally. The NPV project is that principle, perfected. If the NPV project succeeds, then the president would be elected by a system that counted everyone’s vote equally. That’s why we strongly support the NPV project. But we can’t put all our eggs in one basket. While NPV would take many years to accomplish, Equal Votes is a change that can make our elections more democratic in time for the 2020 election.

In fact, we think Equal Votes and the NPV project work well together. We explain our argument in greater detail in this blog post.

Petition for Writ of Certiorari to the Ninth Circuit Court of Appeals. Filed Feb 8, 2021

Reply Brief in Support of Motion to Dismiss The Complaint for Declaratory and Injunctive Relief. Filed Jun 26, 2018

Notice of Motion and Motion to Dismiss The Complaint for Declaratory and Injunctive Relief. Filed Feb 23, 2018

Memorandum of Law in Support of Defendants’ Motion to Dismiss Complaint. Filed May 21, 2018

Plaintiffs’ Memorandum of Law in Opposition to Defendants’ Motion to Dismiss with Exhibit A. Filed June 25, 2018

Plaintiffs’ Response to Motion to Dismiss. Filed May 7, 2018

Reply in Support of Defendants’ Motion to Dismiss Complaint for Declaratory and Injunctive Relief. Filed May 21, 2018 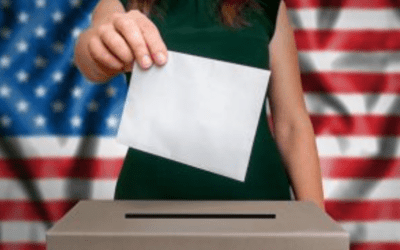 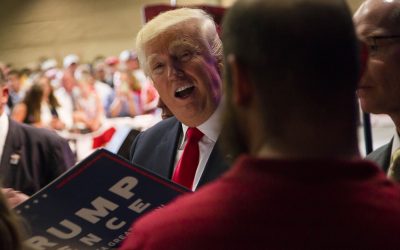 Bloomberg: Why U.S. Keeps Debating How It Elects Its President

Americans have the longest, most expensive and arguably most complex system of electing a head of state in the world. After all the debates, caucuses, primaries and conventions, the person who gets the most votes can still lose -- as happened most recently in 2016,... 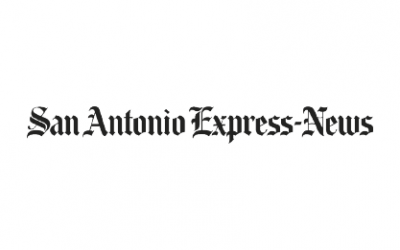 Lawyers for the state on Wednesday asked a federal judge to throw out a lawsuit challenging Texas’ Electoral College process as plaintiffs dug in to their claims that the winner-take-all method is unconstitutional, discriminatory and leads to the dilution of the... 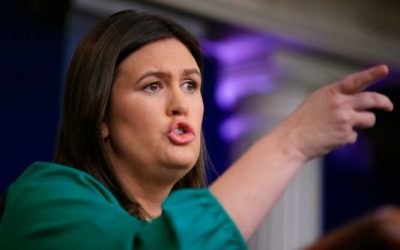 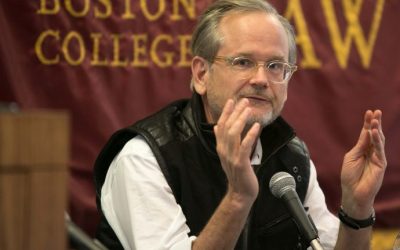 BC Law: The Electoral College Dilemma 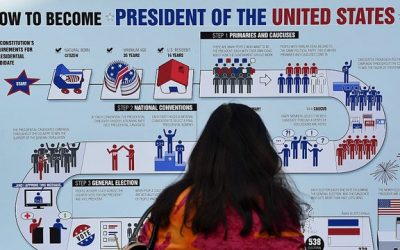 The Electoral College is returning to the center of American political debate. But fortunately, this time, the questions are getting raised before there is an actual vote in a particular presidential election. Alexandria Ocasio-Cortez rallied a Democratic Socialist...

We have a plan to challenge the state-based winner-take-all method of allocating electoral votes in federal court. Our all-star, pro-bono legal team is prepared to take this case all the way to the Supreme Court. Make a secure, tax-deductible donation today to help fund our costs as we support this important legal effort—and let’s fix the way we elect our presidents.