The For the People Act Is Popular with…Actual People 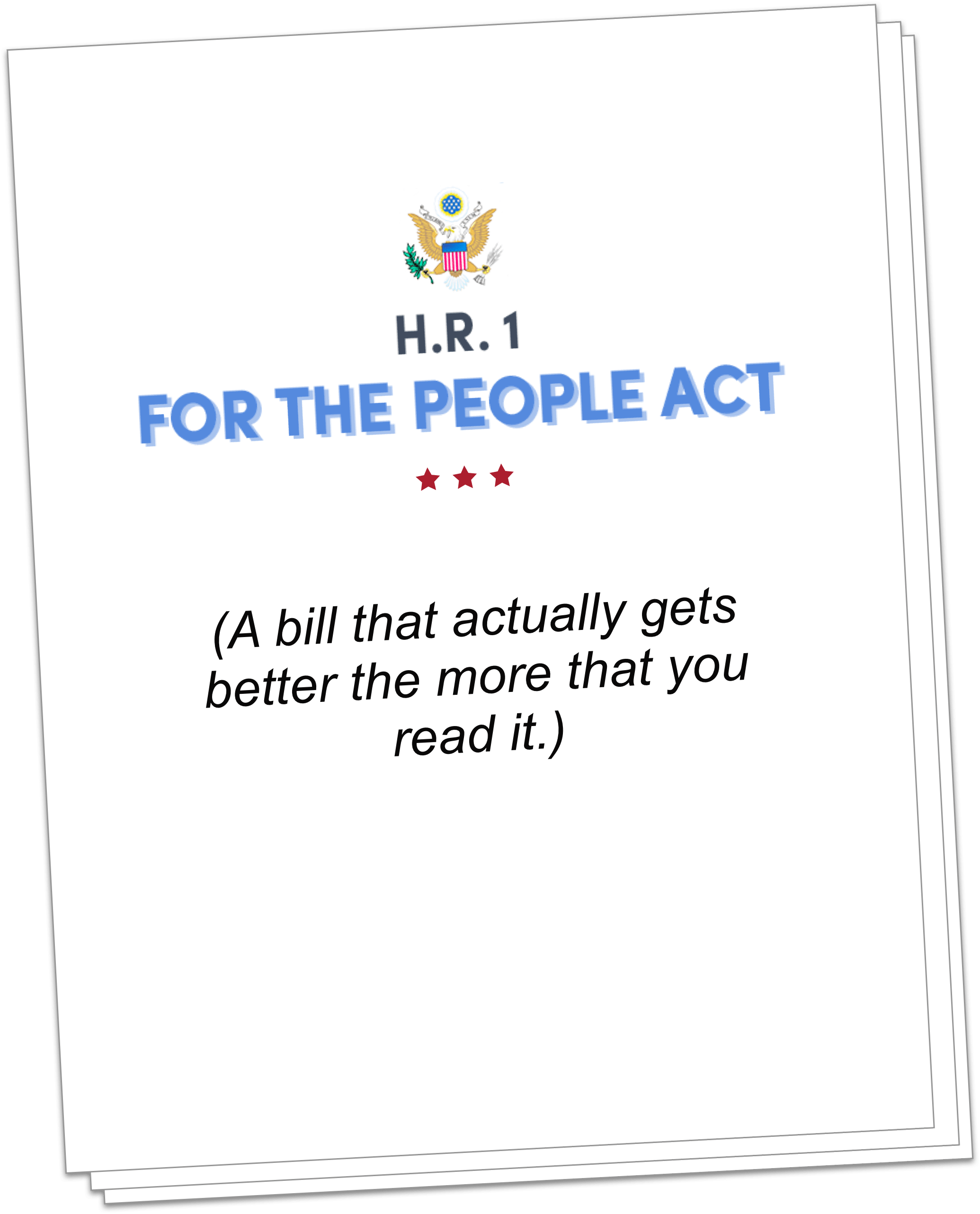 TL;DR: H.R.1 AND FILIBUSTER REFORM ARE POPULAR AMONG THE AMERICAN PEOPLE

Currently, the For The People Act (H.R. 1/S. 1), a transformative voting rights, campaign finance, ethics, and election security bill is stalled in the U.S. Senate after passing the House of Representatives in March. Unfortunately, the Republican party is not even willing to debate S. 1. They have employed a Senate procedural loophole known as the filibuster to halt the progress of the bill. The Democratic caucus will have to reform or eliminate the filibuster to pass the legislation that the American people both want and deserve. Below we have outlined the popularity of both the For The People Act and its major provisions, as well as, the openness that the American people have towards filibuster elimination. The American people have spoken, it’s time for Congress to act.

EXPLORE OUR CLAIMS TO LEARN ABOUT H.R. 1 AND ITS POPULARITY

9. 84% want to limit the influence of money in politics.

14. Democratic hold-outs are acting against the will of their constituencies.

For the first six months of 2021, the For The People Act has had strong and consistent support.